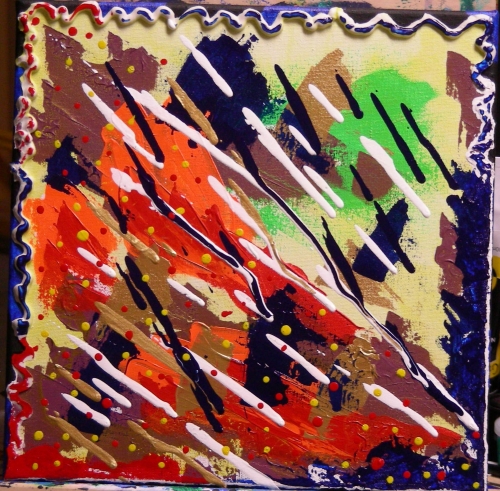 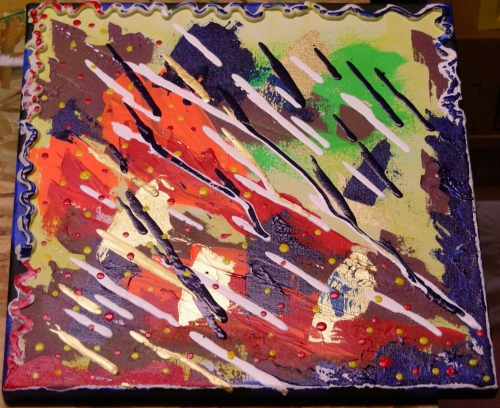 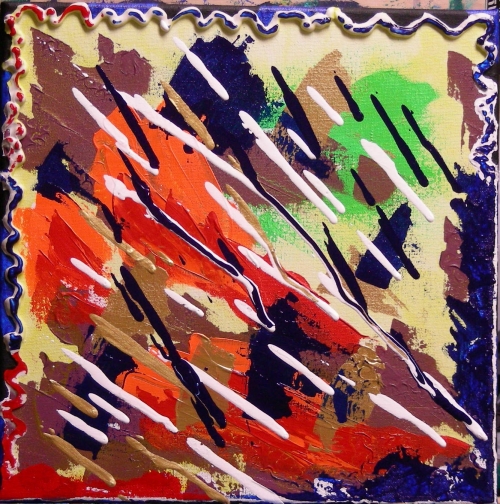 The Trials and Tribulations of Alizarin Yuck #1, part 2

After the washes dried and the wrinkled paint dried again — oh, and after I smeared some gold on it with a coffee stir, it looked like this.  The wrinkled red and orange paint I showed in my last post seemed to have dried pretty much as it had been before, but there were some interesting puckers in other places: 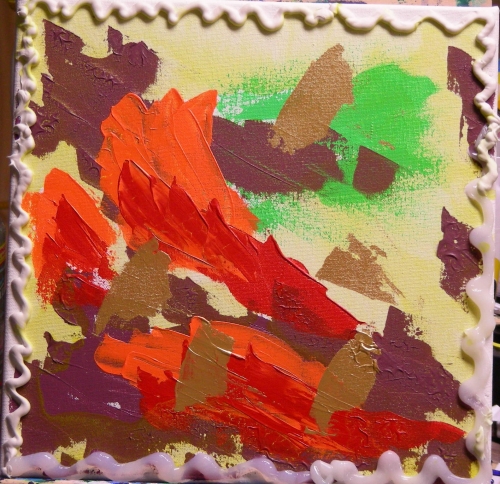 It was time for the caulk to come off.  You may have noticed in the above photo that I used a few different kinds of caulk on this one.  I was using up the last of a few tubes.  This is where it becomes a bit of a cautionary tale about using caulk on a canvas.  Basically, if you ever decide to caulk a canvas, and expect to peel the caulk off later, it’s important to use the right kind of caulk.  In the bottom right of the above photo, I used the really good, expensive silicone caulk — the stuff that’s about $9 a tube and bonds to brick and metal.  Great stuff for sealing up leaks around a metal bay window on a brick house, but it will also yank the gesso right off your canvas: 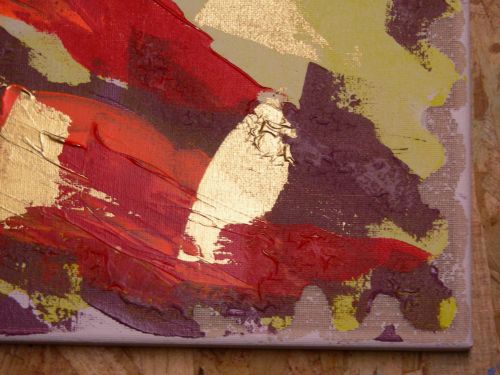 Wow, this “canvas” is a really thin weave. Seems it’d be more accurate to say we’re painting on suspended gesso, than stretched canvas…

At the top I used some cheap latex caulk ($2 a tube) that I bought just for containing washes.  To my surprise it would not come off at all.  I started trying to cut it off, and cut into the canvas: 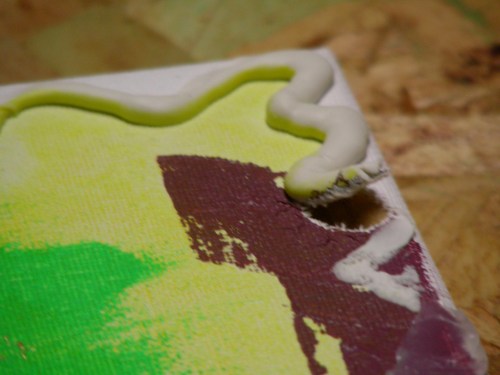 That’s where I quit that day.  Just had to walk away before the painting ended up smashed or something.

I finally decided to accept the remaining caulk as part of the painting, having no choice really.  I added more gesso where it had been peeled off and glued that cut part down.  Latex caulk is paint-able and seems to have a lot of textural potential.  <wheels turning>

I’ve spoken before about how liberating a messed up canvas can be… well by now this one was really f’ed up!  🙂  At this point I really decided “what the hell”.  The blue and red around the edges below was just smeared on with popsicle sticks. 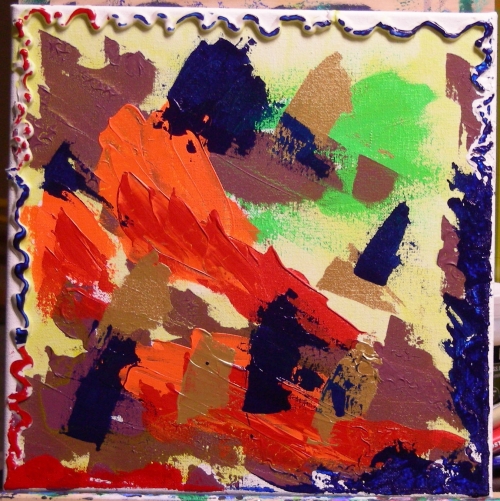 So I think it’s looking ok now, and is getting close to finished.  Maybe it needs some drips.

Oh, and a good caulk to use if you want to peel it off later, is just a ‘middle of the road’ silicone caulk.  Not the cheapest, not the most expensive.   It will seal well enough to hold a wash in, as long as you make sure you haven’t left any gaps, and when dry it will peel off in nice, rubbery ropes that kids (and artists) love to play with!

The Trials and Tribulations of Alizarin Yuck #1, part 1

I mentioned in my last post that this painting has had an interesting journey.   This is where it got interesting.  Some of the paint was pretty thick I guess, and this is what happened when I caulked the edges and put a yellow wash on it: 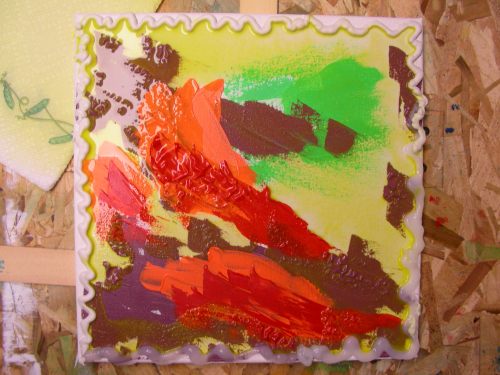 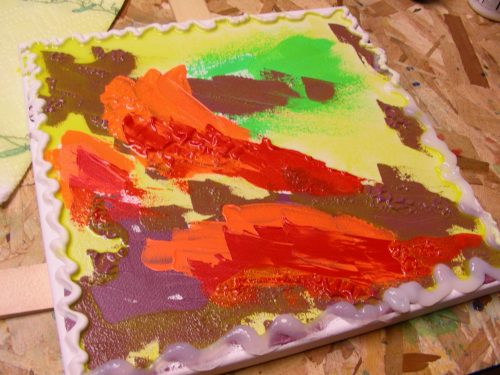 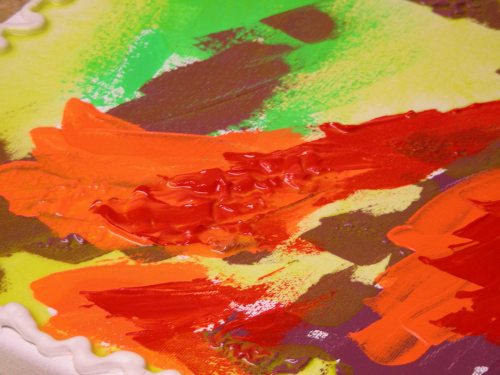 The tale gets worse from here, but don’t worry — I think it’s going to have a happy ending.  🙂

And just because I’m liking this song so much today, here it is. Enjoy!